Detroit aerial photography over the ice

Detroit Aerial Photography. I received a call on a very cold Saturday morning in January inquiring about the possibility of doing an aerial photography project that day. Andrie Inc is a marine transportation and equipment company located in Muskegon, Michigan. They were transporting a loaded barge through the ice filled waters and wanted aerial photographs as they came through the St. Clair River north of Detroit.

Because of the thick ice, barges are not normally brought through the lakes during the winter. By using two boats and some help from the Canadian Coast Guard icebreaker Samuel Risley, Captain Phil Andrie was able to navigate the ice filled waters. In sprite of 2013/2014 being one of coldest winters on record for this area, the loaded barge was successfully delivered to its final destination.

Pilot Nick McMahon of McMahon Helicopters circled the ships at differing altitudes and distances while I did the aerial photography using a Nikon D800. After 20 minutes of shooting we called it a wrap and headed back to the warmth of the hanger.

The objective of the aerial photography was to illustrate the difficult conditions that Captain Phil Andrie was facing in bringing the barge through the ice. My client and I were both happy with the photographs and hopefully, the next time that they need a Detroit Aerial Photographer they’ll call again! 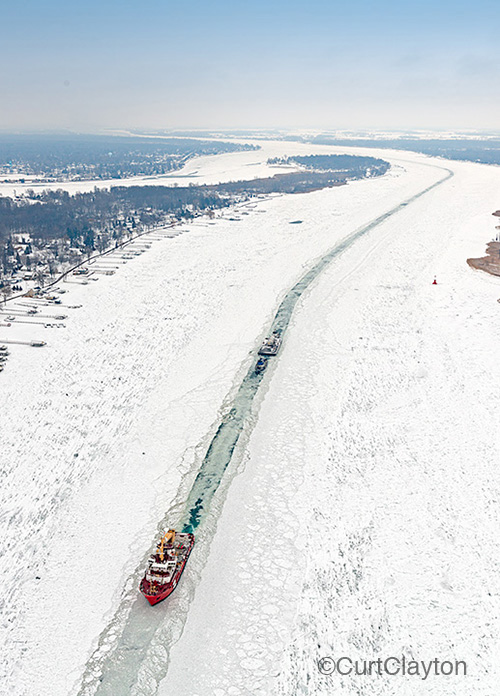 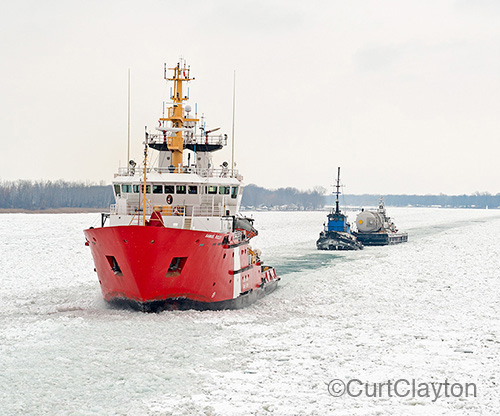 Aerial photograph of a barge being brought through the icy St. Clair River north of Detroit 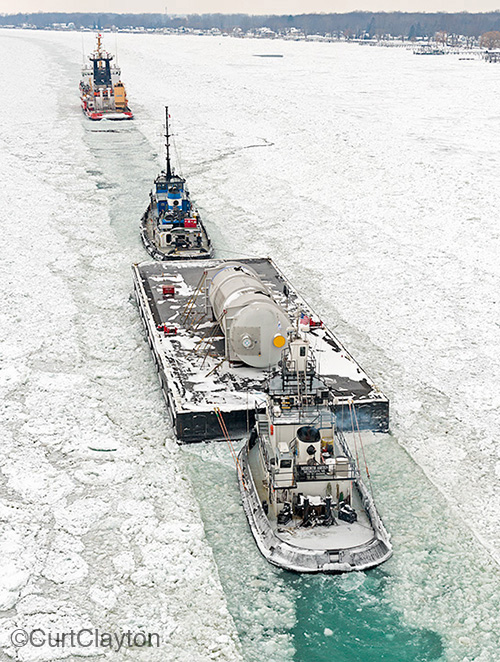 Transporting a barge through the frozen St. Clair River

Communication Associates needed an architectural photographer to produce twilight exterior photographs of the historic Madison Building in Detroit. I was pleased to get the call and have another opportunity to work once again with their creative director, Beth Blase. Beth is a bit of a task master and always has a shot list that I think is too big for the time we have to shoot, but somehow we always get the shots that she needs and have a good time doing it.

It was a cold late afternoon in December when we met outside the Madison Building to get started on the photography. Because the Detroit Opera House, a Ticket Master Office and a couple of coffee shops are all nearby, we had are hands full trying to persuade people not to park in front of the Madison Building while we were shooting. We had already made arrangements with the tenants to turn on all of the interiors lights, so once I had the camera set up it was just a matter of waiting for the right light while Dan, my assistant and Beth kept cars away from the building.

All in all in was a productive evening at the Madison Building for this Detroit Architectural Photographer! 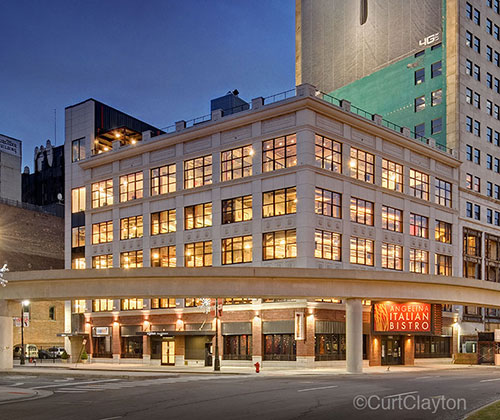 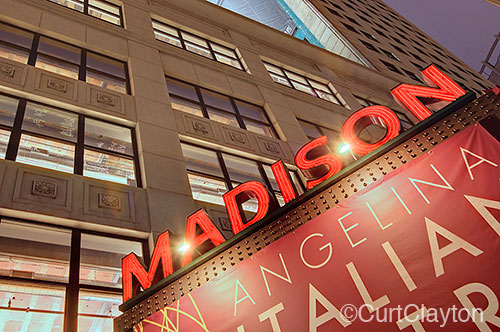