In the spring of 2015 I was commissioned to photograph the new world headquarters of La-Z-Boy in Monroe, Michigan. The six companies participating in the photo shoot (The Collaborative, Rudolph Libby, Armstrong, NBS, JDRM and La-Z-Boy) worked together to compile at shot list of 45 photographs. With six companies participating, the per photo licensing cost to each company was significantly reduced.

I love twilight and night photography so of course I did a sunrise view of the main entrance during the first round of photography in the spring. Being on site and ready to shoot at 5:00am is not always easy, but I love the results!

The Atrium view was taken just before noon as people were beginning to come in for lunch. By using walkie-talkies we were able to position people on the stairs and in the glass walled second floor workspaces. I did numerous captures and post production compositing to improve the positioning of people in the final image.

La-Z-Boy CEO Kurt Darrow happened to be having lunch in the Atrium while we were shooting and I didn’t think that he would mind if I kept him in the final image. Mr. Darrow is at the far right behind the young man in the right foreground. Appropriately, the La-Z-Boy logo is directly above him on the flat screen monitor. The proofs from this project can be seen here: https://claytonstudio.com/lazboyfinal/ 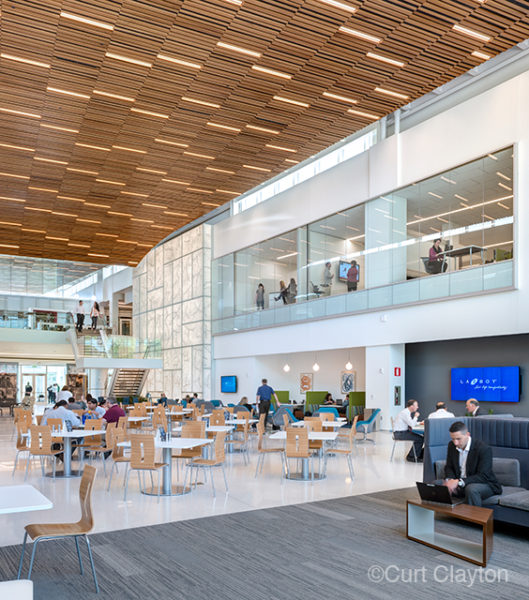 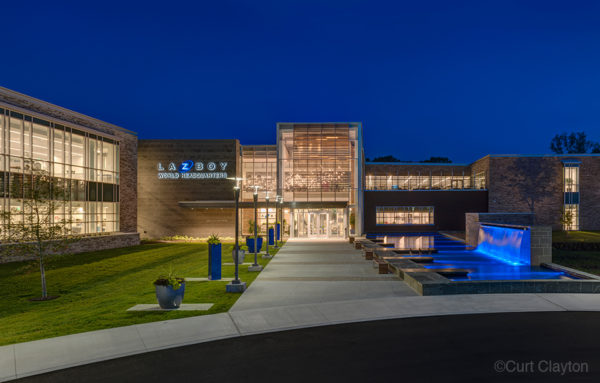 These images from the Agree Realty photography project that I did for Biddison Architecture are two of the more complicated interiors images that I produced as part of the overall project. This very stylish kitchen and dining space presented a couple of technical challenges. Number 1 was the blue LED lighting strip that runs the length of the far wall. When exposures were made based on the ambient light level of the room, the LEDs were well beyond the dynamic range of any camera sensor or film. Also, the intensity of the LEDs cast blue spill light throughout the room. While this looks very natural in person, in photographs this blue spill is exaggerated and becomes overwhelming, filling the space with blue light. The second challenge was to maintain detail in the dark wood on the refrigerator, lower cabinets, island and stools.

In order to properly expose the LEDs and avoid blue spill light from contaminating the neutral colors of the space I used multiple captures. First the room lights were turned off and captures were made for the blue LEDs. Next, the blue LEDs were turned off and captures were made with the room lights turned on. The final captures were made using flash to light the dark wood paneling and stools. A Gossen ColorPro 3F color meter and a color checker were used during image capture to insure accurate color rendering. All captures were color balanced in Adobe Lightroom before final compositing in Photoshop. In post production we restored just enough of the blue reflections and spill light to provide a realistic look. 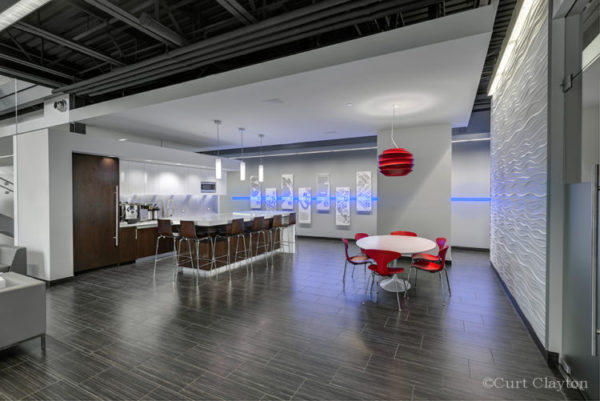 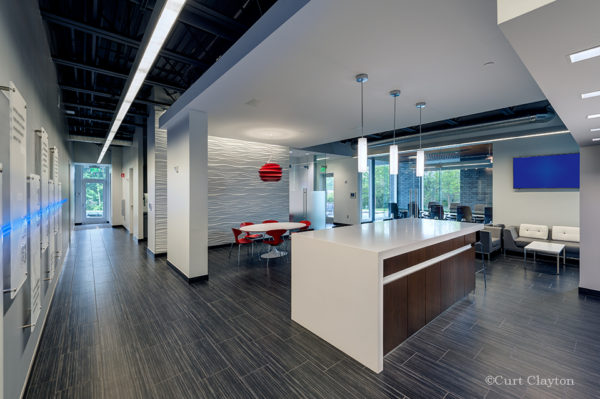 The Natural Birthing Center at Beaumont Hospital looks more like a high-end hotel than a hospital. Located 15 miles north of Detroit in Royal Oak, Michigan the center was built to accommodate a growing trend in natural childbirth.

Harley Ellis Devereaux Architects hired me to photograph the new birthing center. Because their interior designers put as much thought into the lighting as they do the materials and design of the space, I chose to use available light with only minimal flash in a few small areas that would otherwise loose detail. This avoided over-lighting that would destroy the feel that the interior designer created. By shooting in layers and combining in post I was able to control the mixed colors of fluorescent, LED, daylight and flash.

It’s great to work with talented designers and this interior design photography project was a pleasure to work on.
www.ClaytonStudio.com 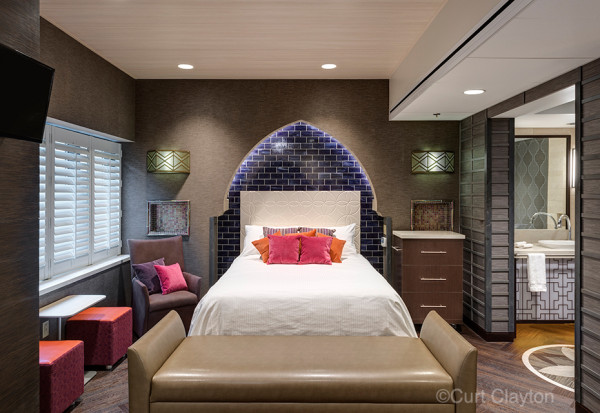 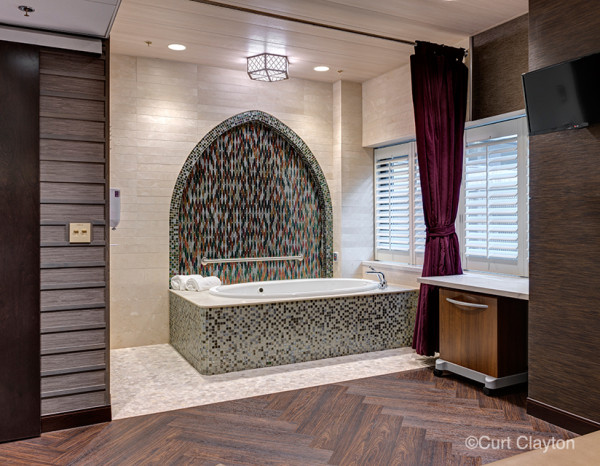 Bath tub in the delivery room at the Natural Birthing Center 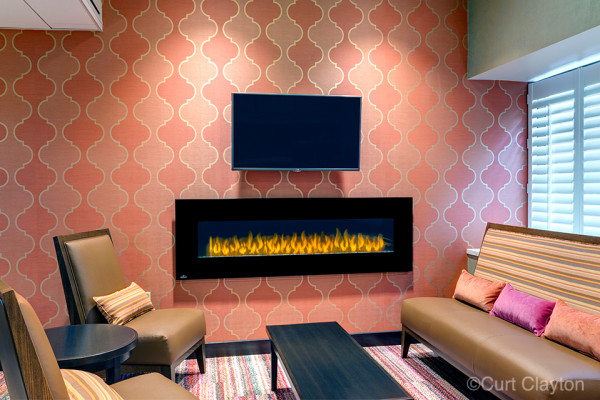 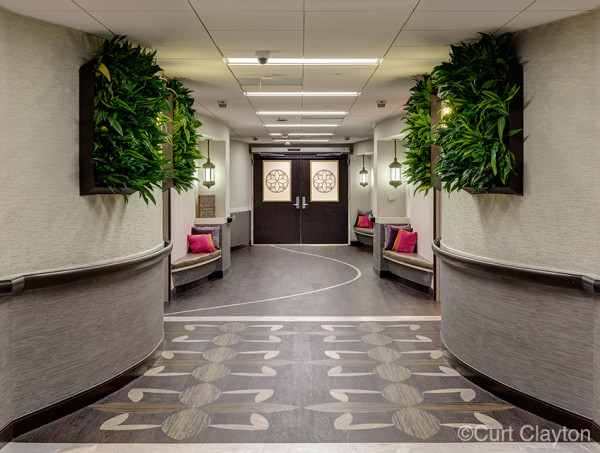